Solana is an open-source blockchain that supports DEFI, NFT and web3.0 applications. It claims to be the fastest blockchain in the world processing over 1,000 transactions per second for the cost of less than one cent per transaction. Given its impressive throughput, Solana is often described as one of the main challengers to Ethereum.

The key to Solana’s scalability is the combined use of Proof of Stake for blockchain security and a unique concept called Proof of History for ordering transactions.

In order to support digital applications, Solana has its equivalent of Smart Contracts simply called Programs and a run-time environment - where the Programs live - called the Virtual Machine, the equivalent of Ethereum’s EVM.

Solana Labs, the company that developed the technology behind Solana, was founded in 2018 by three programmers Anatoly Yakovenko, Greg Fitzgerald and Stephen Akridge.

Yakovenko wrote a whitepaper in 2017 detailing how Proof-of-History offered a solution to the limitations on blockchain scalability due to the time required to confirm new blocks of transactions.

Proof of history became the backbone of Solana’s aim to become the fastest blockchain in the world.

The problem that all blockchains face in scaling is finding a way for a network of nodes to agree on the timing and sequence of events, such as the transactions of a cryptocurrency, then bundling them into blocks that cannot then be altered. Solana’s solution is an approach called Proof of History. 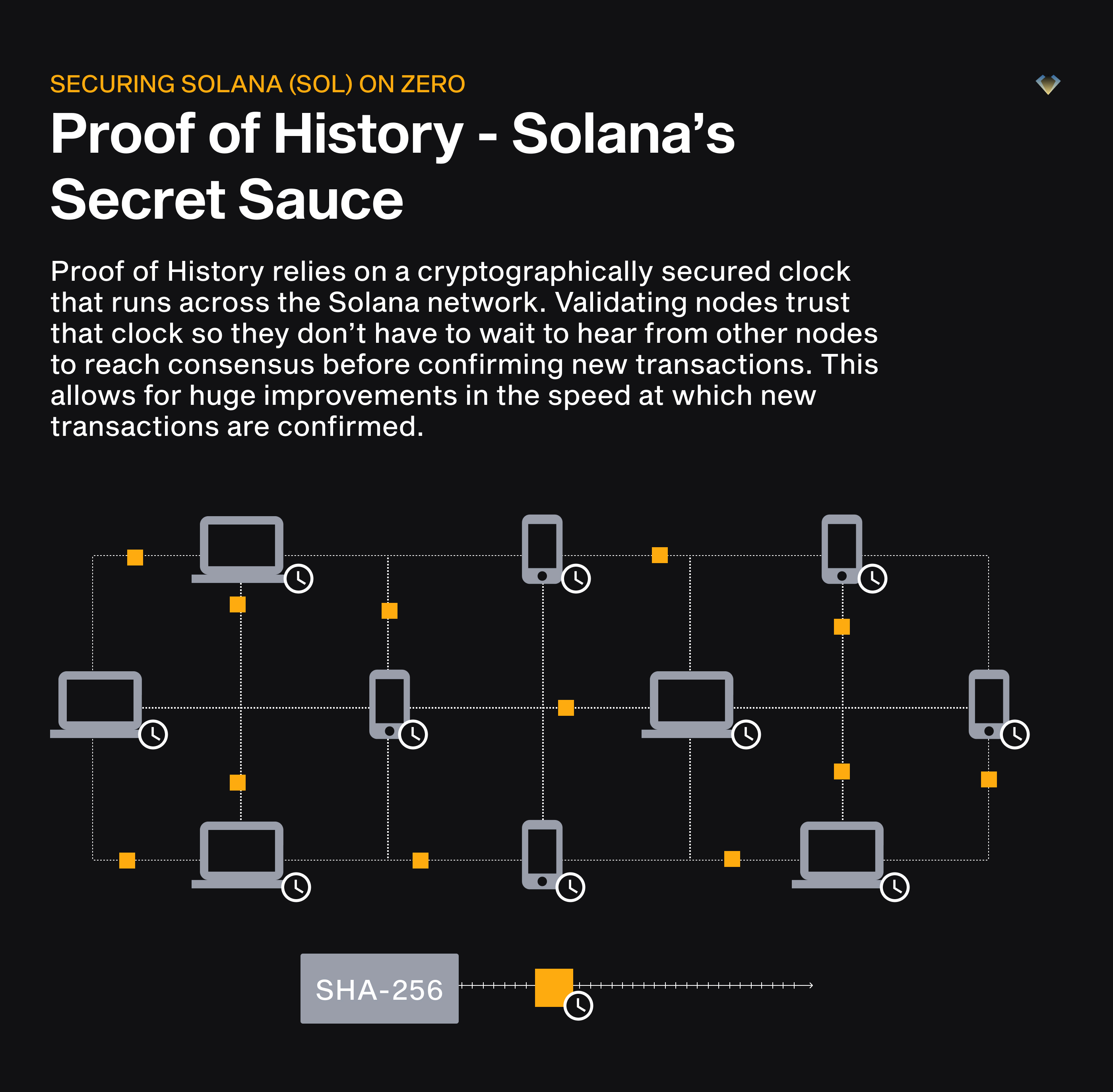 Proof of History is used to order transactions but the network is secured using a form of Proof of Stake called Tower BFT. It is complex in design but essentially incentivises Validators to select the version of the chain that all other Validators voted for as often as was possible.

The SOL token can be staked directly as a Validator to earn issuance rewards, or delegated to Validators to earn a passive income. SOL is also used to pay for sending transactions across the Solana network or interacting with applications.

When Solana was launched 500,000 SOL tokens were pre-mined without a maximum supply which means the token is inflationary. The annual inflation rate is around 8%, though is anticipated to decline by 15% annually (partly because half of all fees are burned) until it reaches 1.5% in around 2031.

Over 70% of the current circulating supply of SOL is currently locked up in staking earning around 5% APY.

Buying SOL is easy as it is widely available on centralised exchanges such as Coinbase or Binance for example. Read NGRAVE’s guide to how exchanges work so you can understand the process, costs and risks.

Wherever you choose to buy SOL the safest place to store it is on an NGRAVE ZERO cold wallet protected from online threats but still conveniently accessible for transactions and trading.

Solana has experienced a series of significant outages - at least four in the first half of 2022 - which damage its claim to being decentralised and censorship resistant.

According to Messari 48% of SOL tokens are in the hands of what they describe as ‘insiders’ challenging the idea of fair distribution..